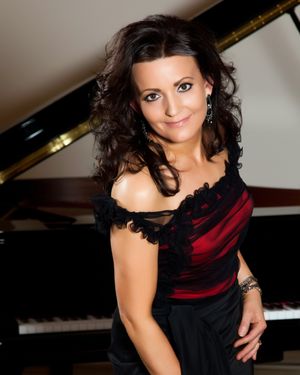 With a background of training in classical music, Amy is known for writing unique, beautifully melodic and elegant new age piano music.  After releasing her first CD in 1999 and receiving two national songwriting awards from that album, she has since released six additional albums.  Heard worldwide on internet and broadcast radio stations and released internationally, her music has consistently appeared in the top of the new age music charts. Amy is an artist on the popular internet radio station, Whisperings - Solo Piano Radio, Pandora and eScapesTV, a HD satellite and cable television network.  In addition, her music can be found on Music Choice Soundscapes, and has appeared in NBA TV Specials, a compilation CD by Aulos Media of Seoul, Korea, a private label CD for the Spa Rosseau at The Rosseau, a JW Marriott Resort and Spa in Ontario, Canada, and numerous other independent licensing projects worldwide.  Amy's music has also received a following overseas and has been released internationally.

Album credits include her new 2019 release The Cinder Notes and best selling 2013 release, On Water.  Both mastered by Grammy award winning Engineer Brett Huus, The Cinder Notes and On Water are based on the stunningly beautiful North Shore of Lake Superior and surrounding Great Lakes.  On Water spent five months in the new age music charts Top 25, seven months in the Top 100, and was Number 41 in Zone Music Reporter's Top 100 Airplay Chart for all new age music in 2013.  Tracks from the On Water CD were ranked Number Seven on Music Choice Soundscapes in July of 2013, and to date, On Water remains on Amazon's Best Seller's List.  On Water was also Kathy Parson's "pick" of the month in March of 2013 on Mainlypiano.com.

Her 2016 release, Sulla Riva, is a follow up to the On Water CD. Set on the banks of the upper Mississippi River in a unique location where three rivers meet, the music continues on with rich undertones interpreting the strength, diversity and power of the merging rivers.  Also recorded, mixed and mastered by Grammy award winning engineer Brett Huus, Sulla Riva’s early credits include being a top “pick” at Mainlypiano.com, and becoming her highest debuting album to date after entering the new age music charts in October of 2016 at Number 14 in Zone Music Reporter's Top 100.

Previous albums include Amy's 2010 release entitled August, which received a nomination for 2010 Album of the Year in the Contemporary and Modern category on SoloPiano.com, and spent five months in the top 20 and seven months in the top 50 of the new age music charts at Zone Music Reporter's Top 100, reaching number 11 in June of 2011. August also received the honor of being number 37 in Zone Music Reporter's Top 100 Airplay Chart for all new age music in 2011.  Her Winter & Christmas CD was nominated for Best Holiday Album at Zone Music Reporter's 2010 Music Awards, reached number 9 on the new age music charts, and was selected as Kathy Parsons CD pick of the month for November 2008 on Mainlypiano.com.  Amy has also released two extremely popular lullaby CDs, Close Your Eyes and Beautiful Quiet.  Numerous songs off of the Close Your Eyes  album consistently ranked in "Whisperings Radio Top 40".

All music written, composed, arranged, performed and recorded by Amy Lauren. Copyright © 2022, All Rights Reserved.
Unauthorized duplication or use in any manner, or sharing of PDF files, MP3s and/or downloads over the internet is a violation of copyright laws.
It is illegal to record any of this music without permission of Amy Lauren / A.L. Productions